How to stop Chicago from ruining Uber and Lyft

February 18, 2014 Chicago Comments Off on How to stop Chicago from ruining Uber and Lyft 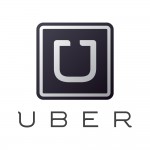 Chicago Mayor Rahm Emanuel has proposed an ordinance that would force the popular ride-sharing services Uber and Lyft to drastically change the way they do business, if not shut down operations in the city entirely.

The proposal contains numerous unnecessary provisions that would harm Uber and Lyft drivers as well as consumers and serve no apparent purpose except to benefit politically influential taxi medallion owners at everyone else’s expense. To recap, the proposed ordinance would, among other things:

If you want to stop the City Council from ruining ride-sharing in Chicago, please let your alderman know that you want Uber and Lyft to keep serving consumers as they have been. If you live in Chicago, use this tool to find out who your alderman is, and use this list to find his or her email address.

How to stop Chicago from ruining Uber and Lyft