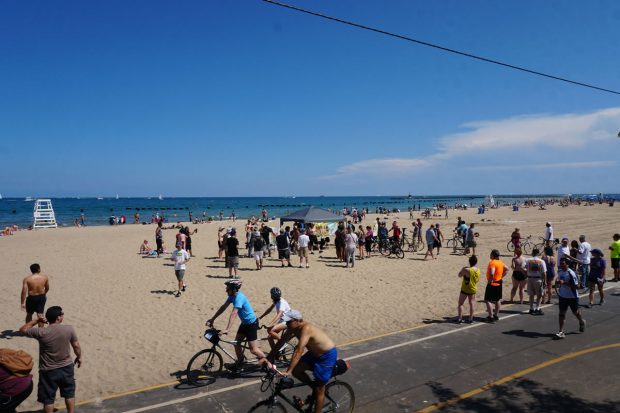 We asked one Chicago resident their opinion of the Chicago topless beach protest and they said “This is a great idea“.

GO TOPLESS! That was the theme this weekend in Chi-town where people including a bevy of women and men all of different races and ages, marched through the city bare-breasted chested. This event dubbed ‘Go Topless Day‘ is not new to the face of the earth and it dates back to the year 2007. It is held annually on the 28th of August. Indeed, it is a cultural revolution driven by the need for equality among sexes in regards to what body parts to expose to the public. Women see a need for them to expose their chests as men do the same. Women go bare chested while men cover their chests with bras or bikinis. 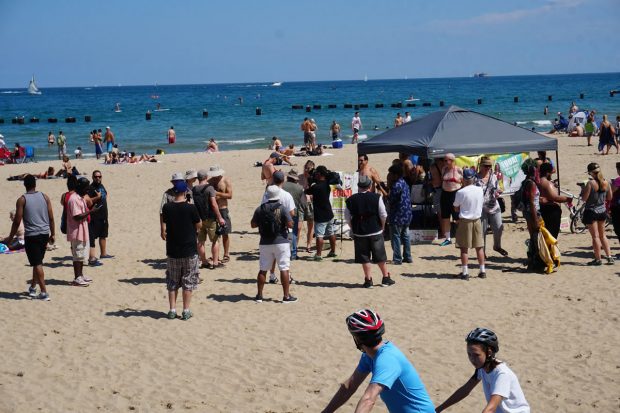 While many cities in the world like New York and Madison may allow Go Topless day to happen others like Chicago have had trouble warming up to the idea of women going topless. As a matter of fact it is illegal for women to expose any part of their breast up and below the areola and a heavy fine of up to $ 500 dollars is levied upon women who break this law. In order to stay within the laws, women cover their nipples with either body paint, tassels or tape. 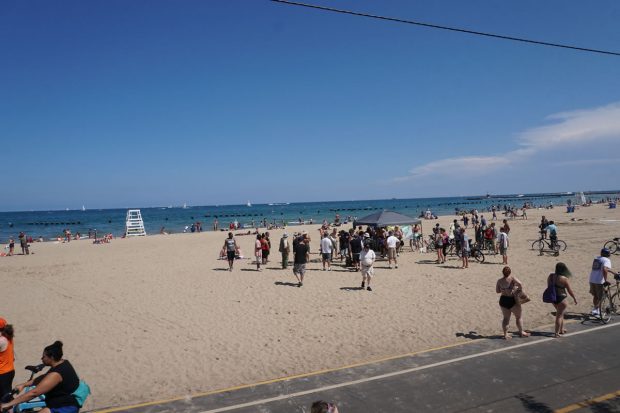 Religiously, there has been serious friction concerning women’s bareness. In Islam, women are prohibited from exposing any part of their body to the public, As such you see them covered up in black hijabs. Their bodies are viewed as a temple of God and therefore must be kept pure. It is only after marriage that a woman can relieve her body to only her husband. The same law does not apply to men. They are free to wear what they please. Double standards? Definitely, yes.

On the other hand, Christianity allows for a little more liberalism as far as the body is concerned. Both for men and women. Christians are not strict on what to wear. However, religious leaders such as fathers and pastors as well as nuns dress in a certain way. But that is no different from pilots and surgeons gowning appropriately for their profession.

The most dominant religion in Chicago is Christianity. As a matter of fact, the Go topless movement was founded by Raelian Church. Maitreya Rael, the leader of the Raelian Movement strongly believes in gender topless equality.

In the African setting, and particularly in South Africa, women are allowed to be bare chested. Jacob Zuma, president of South Africa, has been pictured plenty of times being entertained by women half nude, that is, without any attire to cover their upper torso. 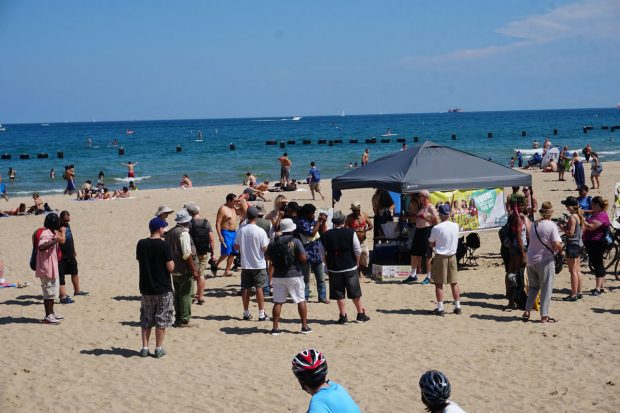 For centuries, women have been seen as the weaker sex. Timid, gullible and shy. While the man has been viewed as stern and dominant. Scientifically, this may be attributed to hormonal differences between the sexes. Testosterone a hormone responsible for aggression is highest in men whereas estrogen a hormone associated with weakness is predominant in women. Science may justify structural and physical differences between the sexes but it is still does not explain gender inequality. For instance, in medieval ages, women were not allowed to have an opinion they were forbidden the right to vote. So bad was the situation that the girl child was not even allowed the basic right to a proper education. Over the years, through activists and education, the girl child has gained a voice and society has slowly but surely embraced equality between genders. Indeed, cultural evolution takes time but with patience and persistence it is possible.

So has the Go topless movement yielded any success? Has it produced any effect? In some cities such as Los Angeles, it has been progressive over the years with more and more people turning up for the annual event. Of course, there are those who show up for the wrong reasons such as ogling breasts. Majority though, attend this event with the hope that someday women can bare it all. In Chicago, it is still a working progress, many still believe that breasts are obscene and should only be exposed to a breast feeding child after all that is their sole purpose. So regardless of which state you are in, August 28th is a day you should mark on your calendar as Go topless Day and you should march together with others in protest of gender inequality.