Putting it All Together for Your Band 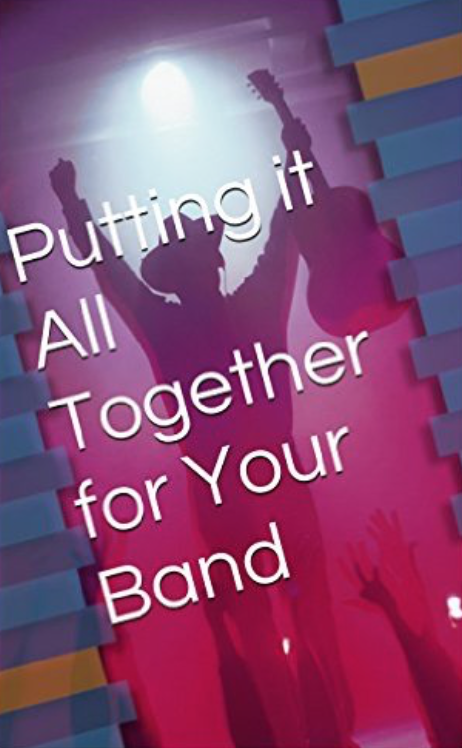 Featured eBook to Help You Market Your Band

I was a guitar player in a metal band from 1981 to 1988. In that time, we handled everything. Recording, writing, promoting, photos, flyers, booking gigs, you name we did it all. It was all trial and error. There was a local radio station in Highland Park called WVVX. It had a metal show from like 8-midnight Monday through Saturday. After that show was over, there was a local music show.

In 1986, we wrote a song called Strut. Not knowing any better we took the tape to the radio station with some beers and dropped it off and thought nothing of it.

About a month later I was at a party. I came out of the bathroom, and Strut was playing on the radio. It was a kick to hear your song being played.

The DJ came on and said all we know is the band is called Free Force and the song is called Strut. We do not understand who these guys are, but the phone is blowing up for requests for the song. We were rehearsing at a studio in West Loop called Dress Rehearsals and one night a rep from Mercury Records came to see us at rehearsal.

We basically got on the radio because we didn’t know we couldn’t.

Strut was the #1 most requested song on that station in the summer of 1986. We followed it up with “Strip Tease”. We had some serious momentum but did not know how to parlay it into anything further. So eventually, it fizzled.

At that point, I became fascinated with how bands are broken and rolled out to the public. I read everything I could get my hands on and talked to everyone. Then genetics raised its ugly head, and I went bald in the era of huge hair. End of story.

In 1990, I went to law school. I graduated in 1993 and about a week after I got my license a friend of mine called me to get them out of their recording agreement with a major label. That’s when my education started.

From there I got referrals for a lot of industrial bands and ended up with a client list of several bands all touring and had deals on smaller labels.

At the same time, my former boss referred me a client he couldn’t represent. So, I represented him. He was a songwriter and producer making dance music. He and his writing partner wrote a song called “Short Dick Man” that sold something like 7 million copies worldwide.

I was on the ground floor and got to see the whole set up first hand. My major in College was English. So I wrote bios and flyers for some of my clients. I was also reading trade magazines.

While working with another band, we hired a radio promotion company from New York to work the album and I learned a little bit more, wrote more bios, expanded my contacts and kept moving.

I got interested because there was no concrete information available for bands for marketing or even giving good explanations for the music business.

“Everything You Wanted to Know About the Music Business” was a great reference, and I read it like 5 times cover to cover.

My former boss set me up with some interviews in Los Angeles at CAA ABC, MCA some lawyers, and I just felt my way through it.

One band I worked with was managed by a high school friend and was touring pretty heavily so I just added on to my responsibilities as the attorney and morphed into a management role.

I find the whole area of marketing and promoting bands interesting, and I was lucky enough to be involved with a couple of acts with platinum status (1M+ sales) right out of the box. This set the whole tone. Luck played a major role, but I was also working 12-16 hours a day with my clients, rehearsals, photo shoots, video shoots, gigs tours, festivals. I spent a lot of time in vans driving around the mid-west.

2. What’s the most important thing a new band can accomplish in the first 60 days?

The most important thing a band must do is to decide who, and what, they are or someone else will decide for them. In the first two months, the band should be writing, writing, writing. A band’s product is music. The gigs are infomercials for the band. No product is not good. Image, Hype, Great photos, great videos, Facebook likes, youtube views can all be manipulated. SEO can be engineered. However, if the songs are not there it does not matter.

While there is an undefinable artistry factor for songwriting, the craft of songwriting is teachable and learnable. Like everything else, it takes practice. Bands must write. The first songs will probably be crap. So what? Keep writing. Listen to the radio. See what people like. Don’t chase the hit but know the playing field.

3. How many songs should a band have recorded before promoting themselves?

The entire industry was built on hit singles. Not albums. Madonna’s first record deal was for one single. We all know what happened after that. Bands should be promoting themselves nonstop. It should never let up. People’s attention spans are short and getting shorter. If you give the audience too many choices, they will make no choice and move on to the next shiny attention grabbing thing. Here today, gone later on today.

4. Are all record contracts written the same?

In general, yes. They are an assignment of copyrights to a record company in exchange for money to record and manufacture the recordings. The Record Company buys the exclusive, perpetual copyrights to the recordings, advances you money, charges you for everything and pays you a royalty once, if you ever, recoup all the money they have advanced. Publishing companies buy the copyrights in the underlying song that is the subject of the record.

5. How should a band deal with negative feedback or criticism of their music?

Listen to it and consider the source. Haters are going to hate. Some people are just miserable, and misery enjoys company. Bands should listen to the feedback their audiences are giving them but at the end of the day, it is art. It is subjective, and the band should remain true to their vision.

If a band wants to play the major label, top 40 MTV game the rules are different from getting in a van and DIY. Bands must play. It’s never going to be perfect. Not everyone will like it but put it out there, run it up the flagpole and see who salutes it. Bands also must respect their fans. If it wasn’t for the fans, this business would not exist.

6. What advice should bands never listen to from major label representatives?

That is a tough one. They have to consider the source and recognize the agenda. Major labels are good at selling records. That does not always translate to what is best for a particular band. I’ve always said the most realistic portrayal of the record industry is the “Johnny Bravo” episode of the Brady Bunch, and that aired like 45 years ago.