That Pillow Guy Is Donating Pillows Again On Children’s Day

May 31, 2018 Chicago Comments Off on That Pillow Guy Is Donating Pillows Again On Children’s Day 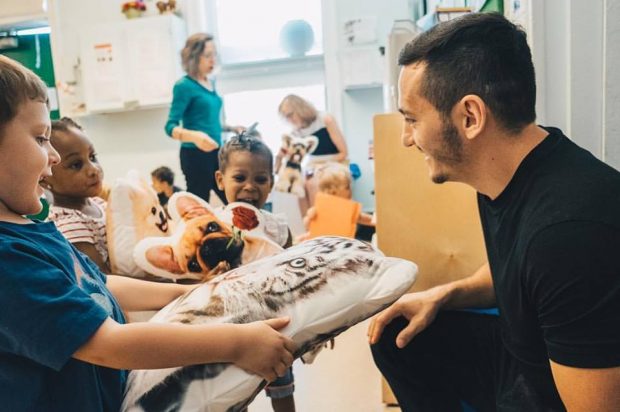 THAT PILLOW GUY IS DONATING PILLOWS AGAIN ON CHILDREN’S DAY

CHICAGO, IL – “That Pillow Guy”, Oleg Lee, has just announced his second annual Children’s Day gifting in Chicago. On June 10, 2018 he will be visiting Children’s Centers in Chicago and giving away dozens of pillows to children in need. After becoming a multi-millionaire, That Pillow Guy has become dedicated to giving back to those less fortunate. Over the past three years he has given thousands of pillows away to homeless children, hurricane victims, and people in need. A video of last year’s Children’s Day Giving can be seen here https://www.youtube.com/watch?v=1yfGTdARsmg

According to his biography, Oleg Lee was born May 5, 1984 and is known professionally as ”’That Pillow Guy. He is an American entrepreneur, inventor, and the creator of Life Like Pillows. That Pillow Guy was born in Tomsk, Russia and raised in Israel. His mother was a waitress and his father was a lumber-mill worker. He dropped out of High School and began his career an entrepreneur.

Today, That Pillow Guy is a notable American success story. He is now the world’s most famous custom pillow creator. The pillows have been featured on TV shows such as The View, Good Morning America, and FOX and have been featured on the website of Daymond John (Shark Tank) and Business Insider. After this media blitz, That Pillow Guy was making pillows for major brands like MTV, AT&T, Red Bull, DreamWorks, CNN and Facebook and also major celebrities such as Snoop Dogg, The Game, Rick Ross, Lil Dicky, and boxers Miguel Cotto and Vasyl Lomachenko.

His company, Life Like Pillows, can be found in stores at Walmart and major retail websites for Bed Bath & Beyond, Nordstrom, Home Depot, Amazon, Overstock, Wayfair, Groupon and many more. For more on That Pillow Guy and the Children’s Day Gifting including photos, videos, press, and ordering visit www.ThatPillowGuy.com