November 12, 2011 Chicago, Illinois, Sponsored Comments Off on Video shows man being punched at Red Line stop amid laughs and taunts 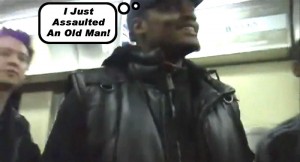 Police have launched an investigation after a man was caught on video knocking out an older man at the Chicago Avenue Red Line stop while others laughed and mimicked the attack.

The assault occurred in April, but the video has only recently surfaced on the Internet.

The video, posted at worldstarhiphop.com, shows a man in a tan coat moving among people on the southbound subway platform as a group of youths joke and laugh. One of the youths starts following the man, turning around and smiling as his friends whoop and laugh.