January 5, 2012 Illinois Comments Off on Westmont fire chief place on leave after arrest on DUI charge

By Joseph Ruzich, Special to the Tribune January 5, 2012 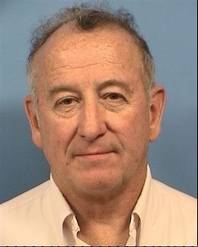 The fire chief of Westmont has been placed on paid administrative leave in the wake of his arrest on a DUI charge last week, authorities said.

Frank Trout allegedly hit a parked car in the 3900 block of Adams Street in unincorporated DuPage County near Westmont at 6:15 p.m. Friday, according to Dawn Domrose of the DuPage County Sheriff’s Department.

Trout was charged with driving under the influence of alcohol, driving too fast for conditions and failure to reduce speed to avoid an accident, Domrose said. He was released from custody after paying a $100 bond about 11 p.m. Friday, she said.