We formally welcome you to the first speak_Easy

January 23, 2018 Sponsored Comments Off on We formally welcome you to the first speak_Easy 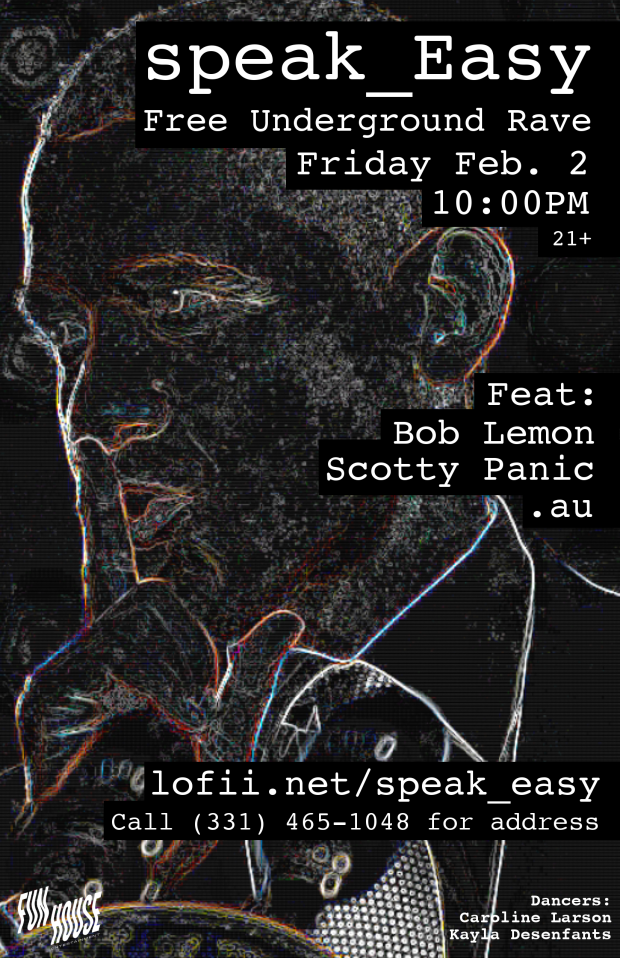 We formally welcome you to the first speak_Easy, an audiovisual experience brought to you by lofii.net. With performances by Bob Lemon, Scotty Panic, and .au.

————————————–
[ Bob Lemon ] ————————————–
Bob Lemon spent most of his early childhood enveloped in the Detroit electronic music scene. He has produced and performed under the pseudonyms JAC, Matt & Chuck, and Chuckles. His side project (Matt & Chuck) won Ferry Corsten’s remix contest in the summer of 2015. In 2017 Bob Lemon started putting the final touches on his debut album “Instructions Not Included”. The album received critical acclaim, with support from 100+ online music outlets. Before his album dropped, his official remix of Telana’s “Lemondrops” was playlisted on Spotify. His music has been shared and supported by Trapstyle.com, Trap and Bass, wobblecraft, Artist Intelligence Agency, Livingroom Dancefloor, Soundplate, rBeatz + many more.

“When life gives most people lemons, they make lemonade, but Bob Lemon isn’t most people. When life gave lemons to Bob Lemon, he turned them into some sick beats that pack a punch.”
–> EDM Identity | https://goo.gl/4vrqqm

“His debut album is on point for a backyard get-together with casual conversation, but also gives you the impulse to bust a move.”
–> LVFSTVL | https://goo.gl/Ej1qDF