May 27, 2013 Sponsored Comments Off on Awards Producer Al Bowman Appears On 24k Music Network’s Welcome To The World 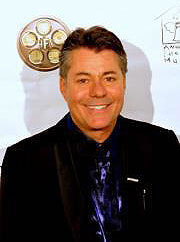 Al Bowman Went from Limo-Driver-To-The-Stars to annual Awards Show producer. He shares his story on Welcome To The World with David Longoria airing on The 24k Music Network this week.

Al Bowman leads an interesting life. He enjoyed a career as a limo driver in Hollywood, driving many of the world’s top stars to award shows and other events. After chauffeuring a veritable A list of celebrities around in his limo, he moved on to produce one of the most successful regional entertainment awards shows, The LA Music Awards. And he did this right in the heart of Hollywood, where the competition is fierce. But that doesn’t phase Bowman. He says he’s on a mission. “Bill Gazzarri asked me to carry on as the Godson of Rock and produce a show celebrating the artists and the music for the Hollywood rock scene” Bowman explains, adding “I knew when he passed it was time to create a continuation of his great legacy in Hollywood.”

For those not familiar with the characters in the vintage Hollywood rock scene to which Bowman refers, Bill Gazzarri was a well known club owner, with an iconic venue in the heart of the Sunset Strip that bore his name. For decades, and many would argue, spanning the glory years of Hollywood rock, Gazzarri’s was the ultimate Hollywood rock club. Such top international rock legends as The Doors, Van Halen, Warrant, Guns n Roses and many more got their early starts on that stage. Bill Gazzarri was known for his implementation of the “Hollywood pay to play” system. The premise was that if your band wanted a 45 minute set to perform on a famous rock star stage at the club, you’d have to buy a minimum of 50 or 100 tickets to guarantee the time slot. Bands were encouraged to re-sell the tickets to fans, girlfriends, family members etc., at whatever price they could get to fill the standing room only audience area. Up and coming bands tended to get good at street level promoting, flyer-ing, marketing and organizing fans in order to ensure their success in the club.

In his final years, Gazzarri purportedly asked Bowman to create and produce an awards show featuring the best of the Hollywood rock and music scene.

And Bowman took that directive seriously. He started on a journey that took him from driver to TV and Awards Show Producer for what has become arguably the top Los Angeles regional music awards show. The show has been a successful annual event for the past 21 years, growing each year in many ways. “Our production has become a masterpiece, “says Bowman, adding “the timings have become like clockwork, and we really care that we do it the best of all the shows out there.”

24k Music Network’s host of their popular interview show Welcome To The World, artist David Longoria invited Bowman to tell his story. “Al has so much information he’s accumulated over the years, we had a lot of fun talking about it on camera”, Longoria said, adding “He had so much to talk about we decided to invite him back to hear more about his vintage experiences in the glory days of the Hollywood rock scene, and his experiences with The Godfather Of Rock (Bill Gazzarri).” Longoria spoke highly of the show saying “The LA Music Awards show has built a solid reputation over the years so bands and artists from all over the world are excited to participate every year.”

The guests and special achievement recipients are outstanding in Entertainment, sports and politics. They have even featured an award for a recent past US president, as well as famous gold medal Olympian.

To watch the episode of Welcome To The World with David Longoria and featuring guest Al Bowman, watch local listings or view it online beginning Friday at www.24kmusicnetwork.com . Video clips and archived shows are always available on the network’s youtube channel at youtube.com/the24kmusicnetwork .

Longoria and Bowman taped the episode last month at the Network’s studios in Studio City and it airs all this week on more than 450 TV and radio stations across the US and Canada.
On the web: 24kmusicnetwork.com
davidlongoria.com
lamusicawards.net 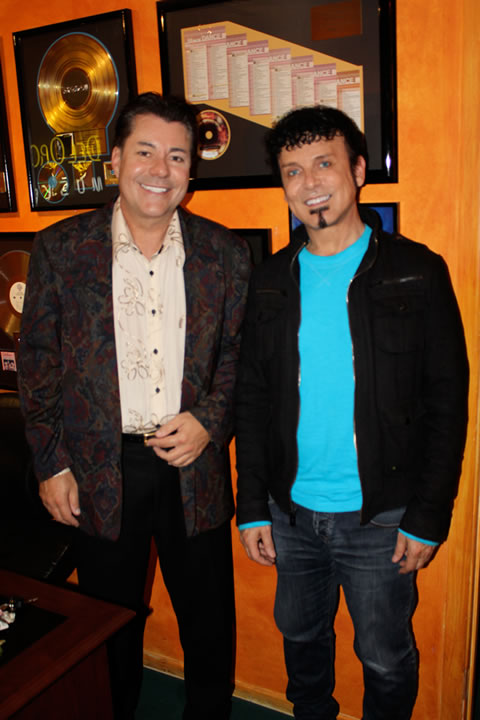