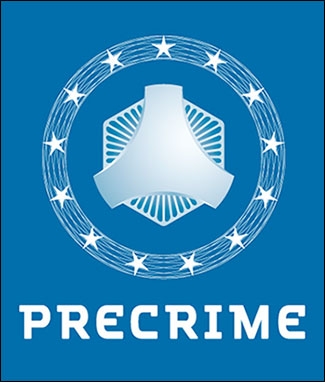 Acting on the speculative data, the cops are conducting home visits, intimidating residents, and threatening people with arrest.

The effort, known as Two Degrees of Association, is funded by a federal grant from the National Institute of Justice.

“The strategy calls for warning those on the heat list individually that further criminal activity, even for the most petty offenses, will result in the full force of the law being brought down on them,” reports the Chicago Tribune.

The tactic is reminiscent of a short story by the late Philip K. Dick later made into feature film by Steven Spielberg. In the story, “precogs,” individuals with precognitive ability, are used by police to predict future crimes.

The theory of precrime parallels that of preemptive arrest, a “forward-looking mechanism” in which a person is arrested prior to committing a crime.

Preemptive arrest and detention are characteristic of authoritarian and totalitarian governments and are usually consider anathema to the principles of republic and democratic forms of government.

The fact Chicago is using precrime theory to combat endemic, primarily drug and gang-related violence, is further evidence authoritarian police behavior is taking America further down the road toward a police state.