Their new album will be released on Friday, October 14.

The 10-track album, which features previously released jams “Ridiculous Car,” “Honest Living” and “What Would You Like Me To Do,” was recorded by Gac in 2019 and serves as the band’s most cohesive, dynamic and ambitious work to date. “Our sound in the beginning was consistently very driving,” says Gac.

“Now, that characteristic is merely a tool we can reach for. I don’t think it completely defines what we’re doing.”

Sutter had the following to share about the song: “’10K’ is about being alive for 10,000 days, which is around your 28th birthday. Feels like a long time, but is it? You feel like you know so much about life and navigating through it, but do you? Nah, not really. The title of the record directly relates to ’10K’.”

Additionally, Meat Wave will be hitting the road in October and November, performing headline shows as well as supporting Metz, The Bronx and Drug Church in select markets across the U.S. Tickets for all shows are on sale now and a full listing of dates can be found below.

Meat Wave spent the last half of 2019 chipping away at the forthcoming Malign Hex, choosing to work on it slowly in spurts, as opposed to their last album The Incessant, which was recorded and mixed in four days. “We recorded ‘Malign Hex’ the same way we always have – live in a room together,” says drummer Ryan Wizniak. “But we allowed ourselves to embellish more and take more chances with extra instrumentation.”

And while the band did indeed incorporate more synths, organs and walls of guitar, it provides only nuance and atmosphere, not distraction from what Meat Wave does best. “We moved further away from the principle that we need to recreate every element on the album live,” says Gac. “There was no shame in adding extra overdubs and different sounds.”

The album’s lyrics center around themes of lineage – where the band members come from and where they’re going. Malign Hex explores a litany of subjects and circumstances: addiction, greed, unreliable memory, obedience. All through a surrealist, collage-like lens. “Everyone wears a backpack full of hexes,” Chris Sutter explains. “It’s heavy and familial. And it’s yours.”

Meat Wave will be making the following appearances this October and November. Dates below with more to be announced soon. 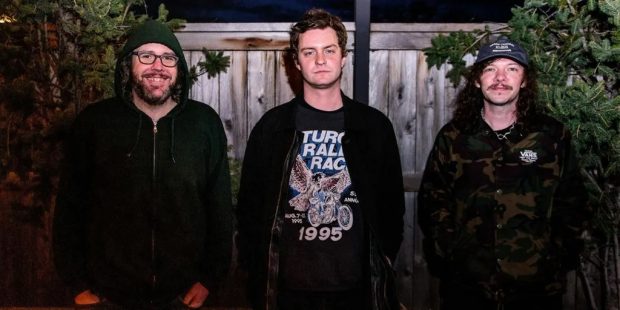 Post Views: 241
Previous How Much Do Walk-In Tubs Cost?
Next TubToday: Now is the Time to Update Your Bathroom