February 27, 2012 Sponsored Comments Off on Hidden Taxes – Tax Code Itself 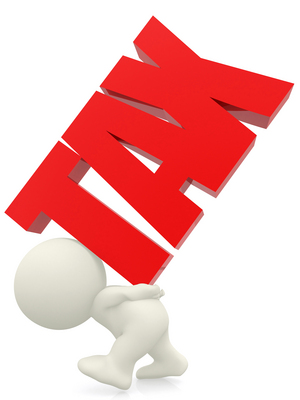 Taxation in The United States is horrible, but aside from the high tax rates there is a hidden tax, actually several, but here is one type of hidden tax we will focus on now. The tax that is the tax code itself.

When government makes complicated laws, with all sorts of multiple overlapping act’s from various legislative documents or even just overly lengthly legislation, that level of complication creates a tax for society and it’s a drain on the economy.

This hidden tax, and one that we all pay is a tax on the complication of the tax code itself. The tax code is so complicated that most individuals don’t do their own taxes, government created complication forces many people to pay accountants to do their taxes for them. The act of having to pay someone else to do something for you, solve a problem for you, in which the source of the problem is legally forced upon you by the government, that is a tax. Even if you do your taxes yourself the time you spend learning how to prepare your taxes, preparing your taxes and filing your taxes is still a tax. Although that tax is paid in time not money, it is still a tax. You could be spending that time learning new valuable job skills (increasing your human capital) or spending that time with family and enjoying life a little more, either way we are forced to follow a strict and complicated set of legislation thats costly and time consuming just so we can be legally compliant.