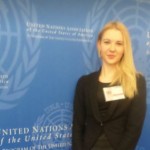 On the 69th Anniversary of the formation of the United Nations, one lucky young woman was bestowed the title of Miss United Nations USA 2015. Mischaela Advani, a twenty-five year old Chicago native bested the competition to land the lofty title and bring home the crown. 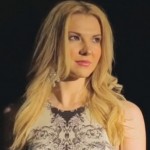 The former model, who signed with famed modeling agency ELITE in 2009, attended Indiana University’s Kelley School of Business, graduating with a degree in Business, with studies focused on Marketing & Finance as well as Corporate Law and Jurisprudence. The future beauty queen was also named the University’s official liaison to the United Nations Association of the United States of America.

When asked by Model On A Mission’s, Nora Gouma what winning the title means to her, Ms. USA responded by saying, “ The opportunity to have a larger capacity to advocate for the UN means the world to me. As I’ve studied the UN system, I’ve become very devoted to ensuring all people understand how the system works and how their voices can be heard.”

Ms. Advani’s year begins on United Nations day and carries through the end of 2015. So far, the beauty queen has been very busy, meeting fashion designer Christian Siriano, attending a charity benefit chaired by none other than Cindy Crawford, attending a private event headlined by the White House’s Director of Advisory on the United Nations Development Programme, joining members of the United Nations Association to write a report on the MDGs and UN policy suggestions for UN leadership, and supporting the world’s children at the UNICEF masquerade ball…and that’s only her first week.