Amends the Open Meetings Act. Provides that where the provisions of this Act are not complied with, or where there is probable cause to believe that the provisions of this Act will not be complied with, any person may bring a civil action in the circuit court within 60 days of the decision by the Attorney General to resolve a request for review by a means other than the issuance of a binding opinion, if the person timely files a request for review with the Public Access Counselor. Effective immediately.

Until now, citizens had no recourse once 60 days had passed after the meeting in question if they had timely filed a request for review, and the Attorney General decided not to issue a binding opinion.

Another common sense piece of legislation to further protect a citizen’s right to know the actions of their local government, and their right to enforce compliance with the Open Meetings Act.

Previous How to Avoid Getting Mugged #WickerParkSafety
Next 606 Sucker-Puncher Same Person Who Attacked Gay Man In Logan, Victim Says 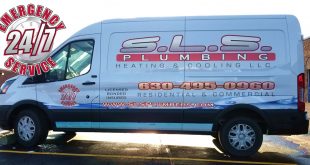