August 15, 2018 Chicago Comments Off on The Domenick Nati Show Is Now The Most Media-Covered Radio Show In America 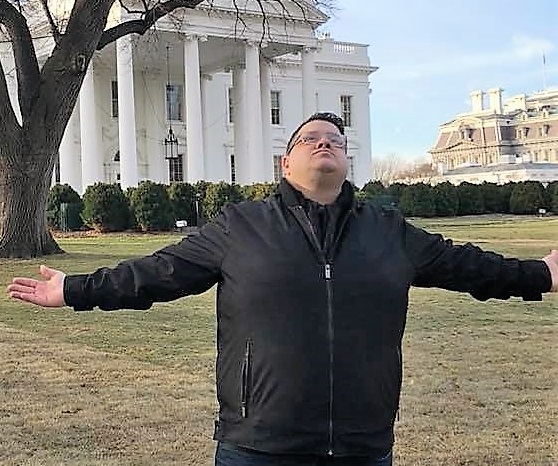 Domenick Nati is well known in the entertainment industry for celebrity representation through his company Nati Celebrity Services. However, Domenick is becoming more known for his radio program, The Domenick Nati Show, which is heard weekly on Intellectual Radio in Chicago and iHeart Radio. The weekly show began in October of 2016 and it as straight forward and entertaining as Nati himself. It has minimal commercial breaks and quickly gets into what listeners love to hear… celebrity interviews.

After just a few weeks on air, the show’s Instagram and Facebook accounts were verified with the coveted blue checkmark and short clips of the interviews started getting thousands of views on YouTube. From the very first week the YouTube clips began to get major media coverage. The consistent exposure began to get the attention of some big celebrity names that wanted to be on the show to receive free PR for their new and upcoming projects.

Some of the biggest names in Hollywood, music, and sports have been guests on the show including Whoopi Goldberg, Bill Cosby, Gene Simmons, Michael Vick, Amber Rose, Joanna Krupa, Waka Flocka, Mama June, Todd Chrisley and more. The exclusive statements made on the show caught the attention of the world’s biggest news sources such as; FOX News, CNN, VH-1, People Magazine, The Huffington Post, TMZ, Newsweek, and USA Today and even featured several times on Television on Good Morning America, FOX, E! News, and Entertainment Tonight.

All of this exposure have generated thousands of articles and made The Domenick Nati Show the most media-covered radio show in America and it’s is only in its second season. With over 700,000 YouTube views, it’s difficult to determine which celebrity interview was the biggest. Some would say the top three would be Mama June, Todd Chrisley, and Luenell since they each have over 100,000 views, however most fans would say the most memorable moment was with Whoopi Goldberg who hung up on Domenick after a controversial question about sexual harassment.

The show continues to thrive and has always lived up to its tagline, “Maximum exposure. Minimum censorship”. For more on The Domenick Nati Show including interviews, press links, and celebrity photos visit http://DomenickNati.com