Grayslake police chief arrested for DUI after crash in Kenosha

April 4, 2012 Sponsored Comments Off on Grayslake police chief arrested for DUI after crash in Kenosha 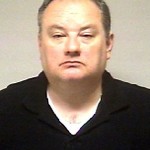 The Grayslake police chief was charged with DUI after he and his wife were involved in a crash while returning from a restaurant just over the state line in Wisconsin, authorities say.

Matt McCutcheon was turning onto Route 45 in Silver Lake when he struck a car on the highway around 10 p.m. Friday, according to the police report. No one was injured in either car.

Responding officers said they found McCutcheon, 46, standing outside his black Honda when they arrived. He was swaying and almost lost his balance as he pulled out his wallet and showed his police badge, according to the police report.

Grayslake police chief arrested for DUI after crash in Kenosha