Political firestorm and backlash over proposed Casino 78 site next to Chinatown that will lead to more crime, addiction and traffic problems

What: Press conference and protest

Chicago, IL- Chinatown is one of the three finalists for a possible Chicago casino is the Rivers Casino proposal in the 78 mega-development, which would border Chinatown on the north.
A couple of weeks ago, when Rivers Casino/Rush Street Gaming presented their plans along with the developers of the 78, Related Midwest, they were met with opposition not much different from what had been voiced at the meetings about the other sites. Several forum attendees, mainly neighbors from the surrounding area, reiterated their concerns about locating a casino in their backyard.

South Loop residents want to maintain a neighborhood where they can stay and raise their families. These are stable, middle-class households that contribute significantly to the tax base and whose potential departure from the city would have severe repercussions on the city’s long-term revenues. Gambling is a recreation in the Chinese community unfortunately. 61 percent in the Armour community only speak the Chinese language. The Chinese community is most vulnerable because if they need counseling or mental health it is hard for them to obtain those services or resources because of a language barrier.

But the Chinatown community also stands to risk a tremendous loss in business and tourism dollars if the Rivers casino were built next door. The Illinois Department of human services conducted a gambling prevalence study in November 2020 and results exemplifed 4% of Illinoisans struggle with problems with gambling and probably twice that number in terms of percentages which would be at risk for developing a gambling problem too. Elective conference officials have been showing opposition. Chinatown is under attack already with crime escalating with carjackings, robberies and crime in general. Two weeks ago Jim Yut Lew a 61 year-old man was carjacked robbed and beaten beyond recognition where is in a coma. Also in December of 2021 a Woom Sing Tse a 71 year old man was shot 22 times and killed in front of Haines elementary school.

On Sunday, community activists, an attorney, and the Chinese community will stage a press conference/protest in the heart of Chinatown. We will display placards showing opposition to the casino that would be conducive to more crime, addiction and heavy traffic. Dr. Kim Tee will be inviting residents and inviting people through WeChat and other social media sites. 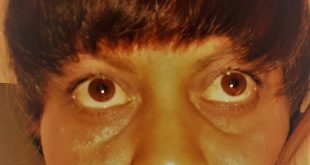