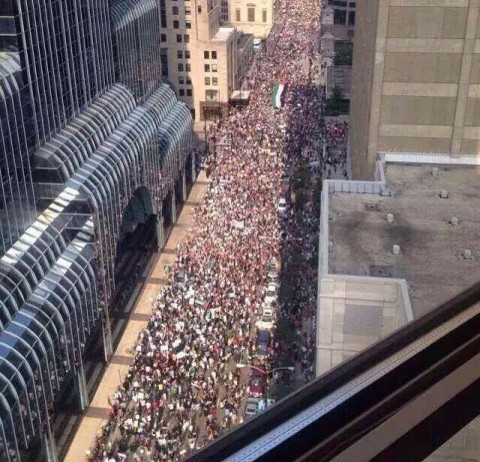 Thousands of Palestinian protesters and sympathizers demonstrated today in downtown Chicago at the Israeli Consulate.

The protestors demanded an immediate halt to Israel’s military action in Gaza, where more than 400 people have been killed.

They say there are a quarter million Palestinians in Chicago and they are not being heard.