Breaking News
Home / Chicago / Either Way I Lose: Another Masterpiece by Lorenzo Torez

Either Way I Lose: Another Masterpiece by Lorenzo Torez

January 22, 2017 Chicago Comments Off on Either Way I Lose: Another Masterpiece by Lorenzo Torez

Available on iTunes, The Latest Single by Lorenzo is Touching People’s Hearts

In a latest interview with the CEO of iTunes Exposure, Lorenzo Torez has spoken about his latest single, Either Way I Lose. The song is a reflection of love and the singer/songwriter Lorenzo has touched the hearts of people through this song. The rising singer has perfectly summarized and described the feeling of being in love and then losing it in this song. Available on iTunes, the song is categorized under R&B, Soul, Music and Pop with the duration of 3 minutes and 42 seconds.

“I started singing at the age of 10 but recorded in the studio for the first time when I was 14.” Said Lorenzo. “I started writing songs at 16 and music was just always something I wanted to do and I knew I was meant to do. It was always in my heart my passion, and I just felt free singing and writing, music was my therapy my life and I can tell my story to touch others.” He added. He said this in a recent interview with James K. Moore, the CEO/Chairman of iTunes Exposure.

‘Either Way I Lose’ has so far received more than 10,000 views on SoundCloud and the number is increasing every day. Even though the style of Lorenzo Torez is R&B/soul, urban pop, but still it is unique, catchy, and memorable. Having a family background and his childhood dipped in music, the Ohio based singer was first inspired by his grandmother who used to sing at Church. His dad and uncles were also a great source of inspiration for the young Lorenzo as they went to school with the legendary Lionel Richie.

His other early inspirations besides his family members involved the likes of Michael Jackson, Janet Jackson, Whitney Houston, Brandy, Aaliyah, R. Kelly, Chris Brown and Lionel Richie, etc. According to the artist, he was moved by the way these legends used to sing and it made a major contribution towards shaping his career. At the age of 15, he won an Ohio Ensemble Singing Solo Award and then never looked back. Recently, he got nominated in the first annual stardom music awards and is creating a great number of fans worldwide. With the new single, ‘Either Way I Lose’, he has literally touched the hearts of people with his great and inspiring story.

If you every been in love or had your heart broken this is a song you can relate to. It summarizes the feelings and emotions we all go through when we were once in his shoes. Lorenzo has profiles on Facebook, Twitter, ReverbNation, SoundCloud, iTunes, and more.  Make sure you follow him and his music as he pours out his heart on soul on every track.  Get your copy of Either Way I Lose by Lorenzo on iTunes https://itunes.apple.com/us/album/either-way-i-lose-single/id1146239937 today. 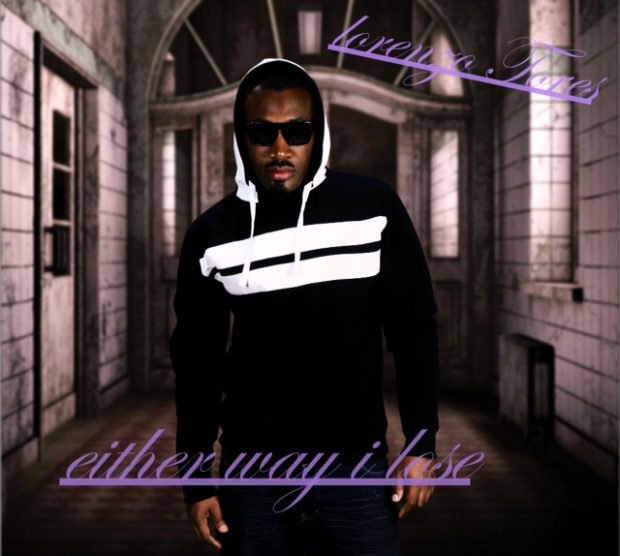