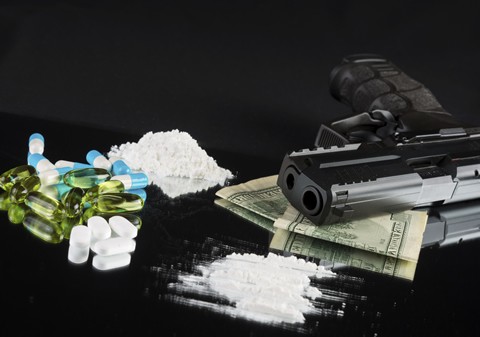 It’s no surprise that the majority of the citizens of Chicago don’t have warm fuzzy feelings when it comes to their mayor Rahm Emanuel. But that isn’t stopping him from trying to improve the policies that are currently set in place, even if that means giving a little to get a little.

Emanuel is currently pushing to loosen Illinois drug laws for possession of illegal substances like Marijuana, Heroin and Cocaine. However, there are many who are resistant to this because they believe he will want stricter gun laws in return.

The change would mean that anyone caught with up to 1 gram of a controlled substance will not get charged with a felony.

“It’s not just about saving taxpayer dollars, it’s also about saving nonviolent offenders from a lifetime spent in and out of the criminal justice system,” Emanuel said. “A felony conviction can slam the door on someone’s future and make it harder to go to school, apply for financial aid and find housing. There are times when a felony conviction is no doubt warranted, but we have to ask ourselves whether it’s too high a price for using drugs.”

The belief is that Emanuel is advocating for this in hopes to get more people on his side when it comes to harsher penalties for gun possession.

Sen. Kwame Raoul has opposed Emanuel’s push for mandatory minimum sentences for illegal gun possession because he doesn’t think taking away the discretion of the judge is a good idea.

Raoul said he thinks Emanuel’s support on lesser drug possession penalties is “contingent on him getting some sort of policy to deal with violence, yes.” But, he added, “I don’t think he’s hell-bent on mandatory minimums. I think it’s about trying to do something about violence.”

Rep. Mike Zalewski, said “I think it would be unwise for us to propose any bill that doesn’t have balance, which is drugs and tougher penalties for certain violent offenses,” he said. “I don’t think anything short of that can pass.”

Stephen Gutwillig, deputy executive director of the Drug Policy Alliance in New York said, “It’s part of an enormous and growing momentum across the country to control marijuana in a different way, by shifting from policies that primarily criminalize enormous numbers of young people of color in favor of policies that focus on high-level manufacture and distribution.”

According to Cook County State’s Attorney Anita Alvarez 25 percent of the 40,000 felony cases the county prosecutes each year are drug possession cases.

Alvarez has put a policy in place where serious felony cases, such as someone caught with larger amounts of Marijuana, Heroin or Cocaine, the offender put into a drug treatment program instead of going to prison.

“There are people that are users that don’t get the help they need,” she said. “They’re coming through a revolving door in the criminal justice system. We have to ask ourselves, are we being smart here? This isn’t being soft on crime. This is about being smart. I’m not advocating for legalization, and I’m not encouraging people to be drug users.”

Previous Chicago Accent, Nailed
Next Gospel According to Mark