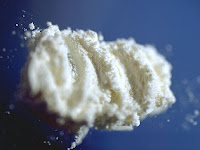 Heroin is an opioid and is derived from morphine extracted from the poppy plant. Its scientific name is diacetylmorphine, morphine diacetate, or diamorphine. This drug is known by many street names such as smack, dope, H, black tar, and horse.

The Chicago Heroin Highway refers to the Eisenhower Expressway. However, Interstate 88, Interstate 290, Roosevelt Road, and K-Town are also included in the collective term of Chicago’s Heroin Highway. Heroin is cheaper in the inner cities than the suburbs. From the Eisenhower Expressway, heroin makes its way into many of Chicago’s affluent suburbs and into the homes of many of its residents. It is indeed a myth that the problem of drug abuse, specifically heroin abuse, is that of the poor inner cities.

The heroin being trafficked on and off the Eisenhower Expressway is said to come from Southeast Asia, South America, Southwest Asia, Mexico, and the United States. It is a potent form that is white and smooth which makes it not only esthetically pleasing but is easier to snort, smoke, and inject by users. Because of these qualities, more and more affluent persons are now recreational heroin users.

According to a study done by Roosevelt University, there was a forty-six (46) percent increase in heroin use among teenagers in the collar counties of Chicago between the years 2008 and 2009. The Coroner’s records reveal that in both DuPage and Will counties, two hundred thirty-five (235) people have died from overdosing on heroin between the years 2005 and 2010.

Previous Walking in a fecal wonderland
Next More Taxes For Cigarettes, Bullets And Gambling In County Budget