Heroin use increasing on North Shore

November 17, 2012 Chicago, Illinois Comments Off on Heroin use increasing on North Shore 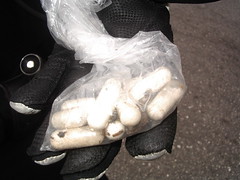 One day three years ago Meghan Murrin was a New Trier High School senior. And she had just died for a few minutes.

Her increasing experimentation with illegal drugs had led her to heroin, and on Oct. 3, 2009, an overdose almost killed her. Her heart stopped beating, but she was brought back to life after three shots of adrenaline, said Murrin, 21, of Northfield.

Suburban teens and young adults start out experimenting with Vicodin and OxyContin prescription painkillers. They become addicted, then are unable to get the prescription painkillers and move on to heroin. They are not injecting heroin, but snorting it. It is easy to get heroin in the City of Chicago. They call the Eisenhower expressway (290) the Heroin Highway because of the traffic from the suburbs that get off at Independence or Sacramento blvds. and are able to by the drug in open markets less than 1 block from the highway. Chicago drug enforcement police and government officials are fully aware of this but for some reason unable to do anything about it.

Murrin was one of the lucky ones. But several north suburban police departments are seeing an increase in heroin use — more arrests, more overdoses, more deaths.

Heroin use increasing on North Shore