Mapping the Spread of the Military’s Surplus Gear in Chicago

August 15, 2014 Chicago Comments Off on Mapping the Spread of the Military’s Surplus Gear in Chicago 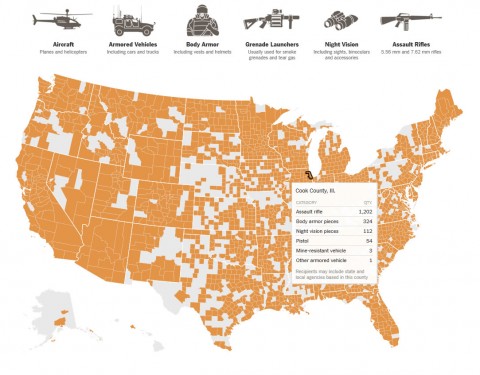 State and local police departments obtain some of their military-style equipment through a free Defense Department program created in the early 1990s. While the portion of their gear coming from the program is relatively small (most of it is paid for through department budgets and federal grants), detailed data from the Pentagon illustrates how ubiquitous such equipment has become. Highlighted counties have received guns, grenade launchers, vehicles, night vision or body armor through the program since 2006. AUG. 15, 2014

Mapping the Spread of the Military’s Surplus Gear in Chicago