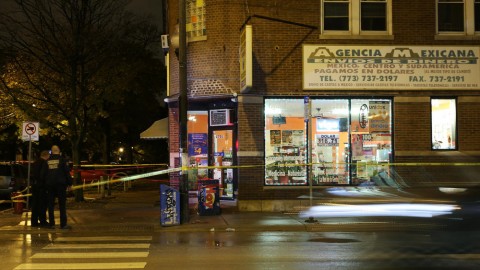 A robbery was thwarted at a Southwest Side corner store Saturday night when a patron with a concealed carry license shot and killed an armed robber, authorities said.

Citing preliminary information, police said a man walked into a store in the 2700 block of West 51st Street in the Gage Park neighborhood around 7 p.m., announced a robbery to an employee working behind the counter and displayed a handgun.

After that, a customer who was also inside the business pulled out a gun and opened fire at the robber, killing him, police said. The robber was believed to be in his 40s, police said.

Previous All Elgin, IL U-46 School Board Members named as suspects in crime
Next Why Did Chicago Activists Shut Down an International Police Conference?