Record Number Of Chicagoans Without Water Due To Frozen Pipes

February 22, 2014 Chicago Comments Off on Record Number Of Chicagoans Without Water Due To Frozen Pipes 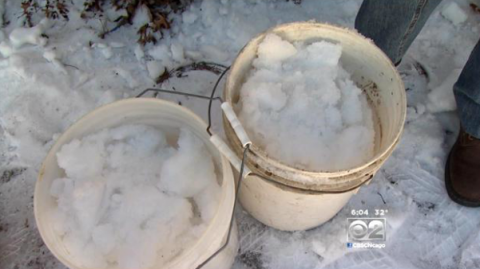 CHICAGO (CBS) — City crews are scrambling as a record number of people are without water because of frozen pipes.

And, as CBS 2′s Dorothy Tucker reports, relief for those suffering seems like a long way off.

Some residents have taken to shoveling snow into buckets and then boiling it as their only water source.

“It’s been off since last Friday,” said Louis Harbison.

That’s some 168 hours without one of life’s basic necessities.

Record Number Of Chicagoans Without Water Due To Frozen Pipes