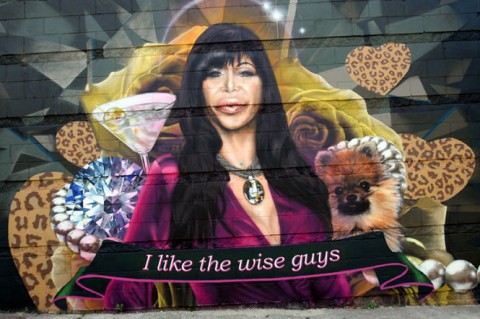 A reputed Chicago mobster allegedly tossed an elderly woman down a set of stairs three times — killing her — after he conned her into signing over her property to him, according to an informant in a racketeering case unveiled over the weekend.

Robert “Bobby” Panozzo Sr., 54, is charged with four other defendants in Cook County Criminal Court. They were allegedly part of an Outfit-connected crew that engaged in murder, drug rip-offs, insurance fraud, kidnapping and prostitution.

According to an affidavit police obtained for a search warrant of their homes, an informant said Panozzo boasted about killing an elderly woman around 1987.

They used an insurance salesman who gave them information about items on victims’ homeowner’s insurance policies, the informant said. A jeweler on Wabash Avenue in the Loop fenced their stolen jewelry and coins, the informant added.

Previous Monaco Real Estate Most Expensive In The World?
Next War Protest Continue in Chicago