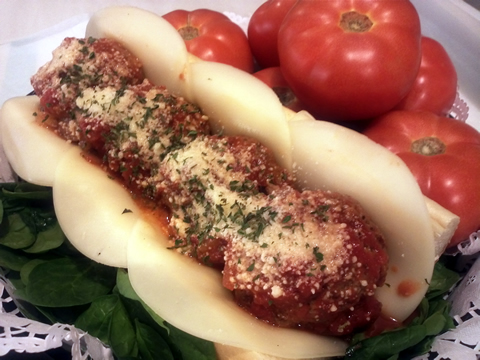 Sal’s dream became reality because he serves only the highest quality food available, such as Boar’s Head meats and cheeses, and he cooks only from scratch. His meatballs are from his family recipe and are in a word, delicious. Sal also has many salad options, weekly specials, and freshly made baked goods. All these items (and more) are offered for very reasonable prices. This is just another thing that sets Sal’s Deli apart from other local options.

The thing that sets Sal’s Deli apart from other sandwich shops is his attention to detail and high standards. He believes in treating each guest as a friend. It’s that personal touch that made Sal’s Deli a staple in the Lincoln Park community.

The menu at Sal’s Deli offers something tasty for every guest and budget. His goal has always been to offer nothing less than 1st Class food and 1st Class service, for prices that won’t empty your pocket book, and he does just that. This is the reason Sal’s Deli has become the go-to Sandwich Shop on Chicago’s North Side.

Sal is grateful for each and every guest that dines at his deli, and will go out of his way to make each dining experience a memorable one.

To experience Sal’s Deli, his delicious menu, and one-of-a-kind service, stop by and visit at 1013 W Webster. You can also order online by visiting his official website – http://www.salsdeli-chicago.com  or call them at 773-935-6191.