Veteran With Concealed Carry Permit Shoots Back At Chicago Gunman

July 7, 2014 Chicago Comments Off on Veteran With Concealed Carry Permit Shoots Back At Chicago Gunman 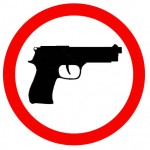 One of the spate of shootings that took place in Chicago, Ill. over the July 4th holiday weekend involved a veteran with a concealed carry permit who was forced to a shoot a man who began firing on him and a group of friends.

The veteran and three of his friends were leaving a party on the city’s south side. When the group reached their vehicle, a container with liquor was sitting on top of it. A woman from the group asked another group gathered next door who the liquor belonged to and removed it.

The move angered 22 year-old Denzel Mickiel, who approached the veteran and his friends shouting obscenities. The man then went into his residence and returned with a gun.

As Mickiel opened fire on the group, the veteran took cover near the vehicle’s front fender, according to assistant state attorney Mary Hain, the Chicago Tribune reports.

Two of Mickiel’s friends also began shooting at the group, which was able to flee the scene in their vehicle.

Mickiel is charged with attempted murder and will be held on $950,000 bond.

Had Friday’s shooting occurred a little more than a year ago, the veteran would not have been legally permitted to conceal carry his firearm.

Illinois was the last U.S. state to allow citizens to carry concealed weapons with a permit, finally passing a law on July 9, 2013. The state began issuing conceal carry permits in February.

Veteran With Concealed Carry Permit Shoots Back At Chicago Gunman

Previous 48 Years of Crime in Chicago: A Descriptive Analysis of Serious Crime Trends from 1965 to 2013
Next Suit: Cop Set Feds on Daughter-In-Law for Pot He Helped Her Grow