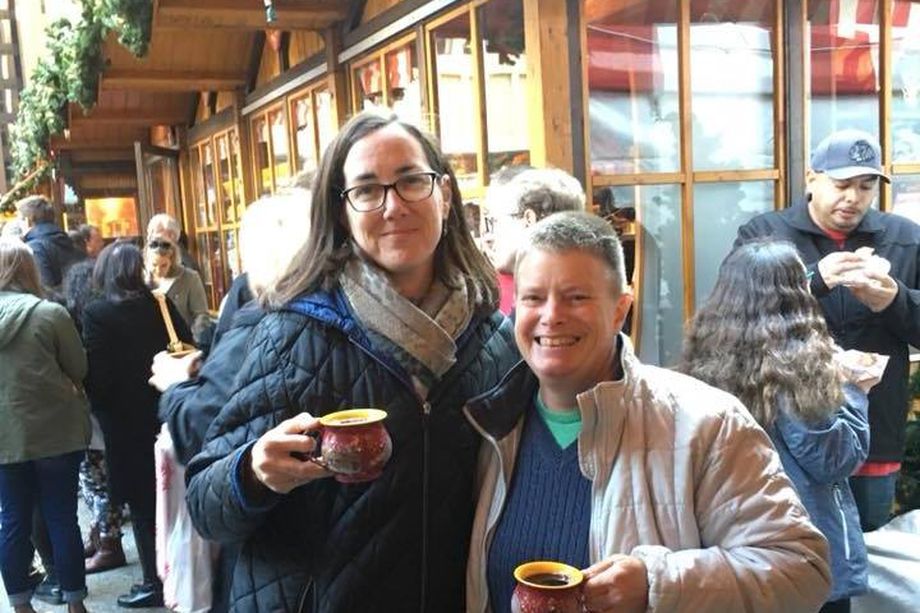 Candace Gingrich will serve as vice president and head of business development for Revolution Florida, a sister company to Illinois-based Revolution Enterprises. Gingrich will also serve as the company’s ambassador to the LGBTQ community.

Gingrich, who spent 23 years working for the Human Rights Campaign, will serve as vice president and head of business development for Revolution Florida, a sister company to Illinois-based Revolution Enterprises. Revolution makes a variety of cannabis products, including food, beverages, topicals and pet products. The company is also expanding to Arkansas.

Gingrich, a sibling of former U.S. House Speaker Newt Gingrich, will also serve as the company’s ambassador to the LGBTQ community. Gingrich, whose preferred pronoun is “they,” plans to establish LGBTQ-focused medical cannabis treatment centers and increase economic opportunities for LGBTQ people in the sector, Revolution said.

Revolution, and Cassidy, D-Chicago, insist there are no ethical violations. Cassidy said Candace Gingrich was hired after the marijuana legislation passed in late May. And Candace Gingrich will not have a financial or voting interest in any Illinois-based business license that might be issued to Revolution under the new law for two years, the company said in a release. Candace Gingrich’s business development work will also focus on non-Illinois markets.

But at least one group that worked hard against the recreational marijuana bill criticized the hiring.

Legalization efforts in Illinois “are not about social justice or helping people — it’s about profits,” Dr. Kevin Sabet, president of Smart Approaches to Marijuana (SAM) said in a statement.

“I wish we could say we were surprised. … The process in Illinois has been off-color from the beginning. Governor Pritzker worked to buy off legislators during the budget process in closed door meetings and now his family will now vastly benefit. Senator Van Pelt was putting plans in place to obtain a marijuana license while the bill was being written, and now the spouse of the bill’s champion is going to work for the industry,” Sabet said.

Sabet was referring to the governor’s second cousin, Joseph “Joby” Pritzker and Joseph Pritzker’s father, former Hyatt Development Corporation CEO Nicholas J. Pritzker. They run a San Francisco-based firm called Tao Capital Partners that invests in a range of companies, including Tesla, SpaceX and Uber. The group headed by the father-son duo, who both previously lived in Chicago, has also poured money into a pair of cannabis-related ventures, PAX Labs and MJ Freeway.

The governor has said he has no ties to Tao Capital or the companies Nicholas and Joby Pritzker have invested in. And his campaign last year said the governor had not spoken to the family members about marijuana policy or anything else “in a long time.”

Reached for comment on Wednesday, the governor’s office said Pritzker was “proud to create the most equity-centric law in the country to bring opportunities to communities that have been ravaged by misguided drug policies, as well as expunge hundreds of thousands of records of individuals who cannot get good jobs or housing.”

“Social justice was and is at the heart of our cannabis legalization,” the statement said.

Regarding Candace Gingrich’s hiring, the governor’s office said Gov. Pritzker “has the utmost respect for Rep. Cassidy and he has complete confidence she will comply with the General Assembly’s ethics requirements.”

New conflict of interest provisions were added to the marijuana measure just before the Illinois Senate passed it, banning lawmakers and their family members, as well as state employees, from being able to get a cannabis business license for two years.

The conflict of interest ban was added after it was reported that state Sen. Patricia Van Pelt, D-Chicago, was involved in marketing and investment seminars and leading a company that intended to obtain license to grow and sell marijuana. Van Pelt was removed as a sponsor of the bill on May 15.

The Sun-Times reported that Van Pelt and her involvement in the business are being investigated by the Illinois Secretary of State’s office. And while Van Pelt told the Sun-Times that she wouldn’t be involved in shaping the legalization bill, she did not initially commit to abstaining from votes on the measure. Van Pelt was not present during the Senate vote. She did not immediately respond to a request for comment on Wednesday.

Responding to SAM’s criticism, Cassidy said she is “proud” of the legislation.

“The truth is I’m proud of the product of six years of work to ensure an equity centered focus and all of the lives that are going to be changed by expungement,” Cassidy said. “That’s my response to them.”

Pritzker last month signed into law the marijuana legalization measure. While there are giant pieces of criminal justice and social equity reforms attached to the measure — including giving a second chance to thousands of people convicted of marijuana possession — at its most basic level, the bill will allow Illinois residents over 21 to buy cannabis from licensed dispensaries as soon as Jan. 1.

While sponsors have been working on legalization for years, efforts were accelerated with the governor’s support. During debate on the House floor, Cassidy said she had worked on marijuana reform for six years and on the specific measure for more than two years.