May 4, 2012 Chicago Comments Off on Summit Could Mean Airport-Style Security On Metra Electric, South Shore Trains 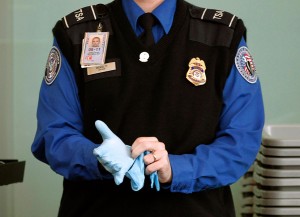 CHICAGO (CBS) – Some stations on the Metra Electric Line and South Shore Line could be shut down during the upcoming NATO summit, and passengers at other stations could face airport-style security screenings, due to the Secret Service security plan that could be released as soon as Friday afternoon.

CBS 2 Chief Correspondent Jay Levine has exclusive details on those security measures, which the Secret Service is expected to officially unveil on Friday, or at the very latest, on Monday. Federal officials have promised the announcement will include a “comprehensive list of street closures and parking restrictions surrounding the NATO summit.”

The Secret Service has been battling with Metra and the Northern Indiana Commuter Transportation District over the security measures that will be needed on the Electric and South Shore lines, which both run directly under McCormick Place.

Previous Our Representatives are sponsoring CISPA
Next Surveillance Drone Spotted Near Chicago – For NATO Summit?